The Chief Officer of Scotland’s Towns Partnership (STP) has welcomed the findings of a Scottish Parliament report into securing a stronger future for the nation’s town centres.

Phil Prentice says the findings of MSPs on Holyrood’s Economy and Fair Work Committee’s reinforces what needs to be done in order to tackle challenges and seize opportunities.

STP is the national collective which champions towns and places.

The inquiry into retail and town centres included visiting a number of towns so politicians could see issues on the ground. It also heard expert evidence from people including Mr Prentice and STP’s Chair, the leading retail academic Professor Leigh Sparks.

The inquiry concluded that Scotland’s planning system needs to be strengthened to ensure no new developments unfairly compete with town centre provision – alongside a rebalancing of the cost of doing business to make town centres more competitive, including how non-domestic rates currently operate to support investment in town centres.

MSPs also said that every town in Scotland should have its own town plan, a long-term strategic vision for the future that recognises the unique nature of towns, their histories and the community that brings them together. They want this to be driven locally and “not imposed from the top down”.

Mr Prentice, who is also programme director for Scotland’s Improvement Districts, said: “I commend the work of the MSPs on the Economy and Fair Work Committee following a very comprehensive inquiry which underpins how important our town centres are to Scotland. This is a report that clearly outlines what needs to be done.

“Importantly, the report picks up on some of the more systemic problems affecting our town centres, including those around taxation and the need to reward good behaviour.

“It’s our view is that non-domestic rates need to be reviewed and brought in line with a more modern, digital economy. We need to look at VAT, including changes to encourage town centre living. If you build a house in a green belt it’s zero-rated at VAT, but if you build in a town centre you have to pay 20%. These are difficult issues to address, but they require attention to unlock development and improvement.

“Town centres are complex places yet they have a critical part to play in the ongoing recovery from coronavirus and in addressing the climate emergency. If everyone works together we can repurpose, reinvent and reimagine them to secure a stronger better future.”

The full report is available to read here. Specific recommendations from MSPs included:

Mr Prentice added: “As the report indicates, it’s taken a long time to damage our town centres. It will take many years for us to repair them. There is a long journey ahead, but this report helps point us in the right direction.

“Now that retail has shifted, we need to think imaginatively about how we fill those vacant spaces to bring people and energy back into towns. There are a great many opportunities.”

The committee report follows the publication of another key document..

STP hosted a series of roadshows throughout Scotland this summer examining the Response from the Scottish Government and the Convention of Scottish Local Authorities (CoSLA) to the New Future for Scotland’s Towns report. That response – Scotland’s Town Centre Action Plan Review (TCAP2) – was published earlier this year. 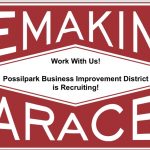 Read More »
PrevPrevious‘We all have a role to play in making Scotland’s Towns better’, leaders say
NextScotties by the Sea 2023Next