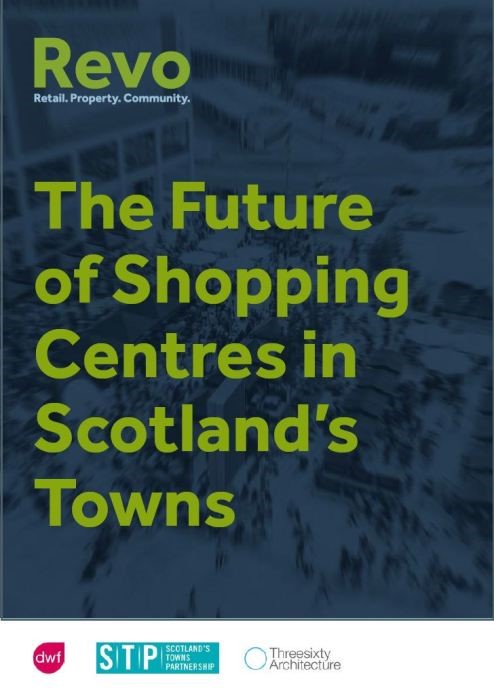 This article was written by Chair of STP, Professor Leigh Sparks, and originally published on his blog Stirling Retail. It discusses a summit held on the Future of Shopping Centres in Scotland’s Towns in March 2019, convened by Revo (the new name for British Council of Shopping Centres), Scotland’s Towns Partnership and DWF LLP. The subsequent report from the discussion can be read here.

There is no doubt that retailing is undergoing a major transformation.  In popular press terms this is the ‘death of the high street’, a phrase which is wrong on so many levels; it is not the death and it is not the high street being just two of them.  Things are far more complex and nuanced than this.

When we look at retailing in our towns we can be forgiven if nostalgic images of streets and streetscapes come to mind.     But the reality is somewhat different, with various distinct forms and structures.  Likewise the phrase ‘shopping centre’ conjures up a range of responses in people, often involving out-of-town sites and planned build on greenfield locations.

A closer examination of both these elements – town centres and shopping centres – comes to the rather obvious point.  In many towns the ‘high street’ is, or is dominated by, a managed planned shopping centre.  Across Scotland from Buchanan Galleries in Glasgow, the Thistles in Stirling, the Paisley Centre, Oak Mall in Greenock or the Postings in Kirkcaldy, a lot of our towns contain such centres.  And many of them are struggling – in the same way as retail overall is changing, so too such spaces have to adapt.  Whilst things are not so bad as the hyped £1 sale price of the Postings in Kirkcaldy might suggest (it went for more), there is an issue around such large space users and significant space occupiers.

Such considerations are why at the end of March, Revo (the new name for British Council of Shopping Centres), Scotland’s Towns Partnership and DWF LLP convened a session on the Future of Shopping Centres in Scotland’s Towns with invited speakers, commentators, practitioners and placemakers.  Someone was kind enough to ask me to chair and we have recently produced a summary of our discussions and presented this to Scottish Government and now more widely.

There is little point in rehearsing all that went on and the detail of the discussion.  We kicked off with three short presentations/think pieces on Paisley and Stockton-on-Tees and commercialisation research from DWP LLP.  Most of the time was then spent on discussion and development of possible lines for policy and ways forward.  You can download the short summary report The Future of Shopping Centres in Scotlands Towns.

An attempt was made to make the discussion forward looking and proactive, but almost inevitably the first part was spent on going back over the issues and challenges, mainly constructed around retail challenges and the risk for public/private (both or either) investing in towns.

Discussion did move on to solutions and opportunities and focused on data informed strategies, the new landscape of city regions and learning from strong asset focused investment examples (Altringham, Preston and Stockton mentioned).

Finally we turned to the topic of breaking down barriers to policy solutions.  Time was against everyone at this point but the focus was on the role of retail concentration and ownership of town centres, how to improve trust and collaboration and the need to think of towns (and shopping centres within them) as locally focused asset conglomerations.  Too often partial solutions based on specific problems have been sought, whereas the need is for an overall linked vision and strategy.

Shopping centres in towns are changing and their presence and use will need to reflect local situations and circumstances as well as local strategies.  It is unlikely they can all survive in their present guise and indeed that would not necessarily be a desirable outcome.  But we need to manage this adjustment process and use the assets for the town as a whole.  This will inevitably mean the rethinking of many uses and relationships, and the development of more multi-functional and interesting spaces.  Our discussion only scraped the surface of the issues, but was a start.