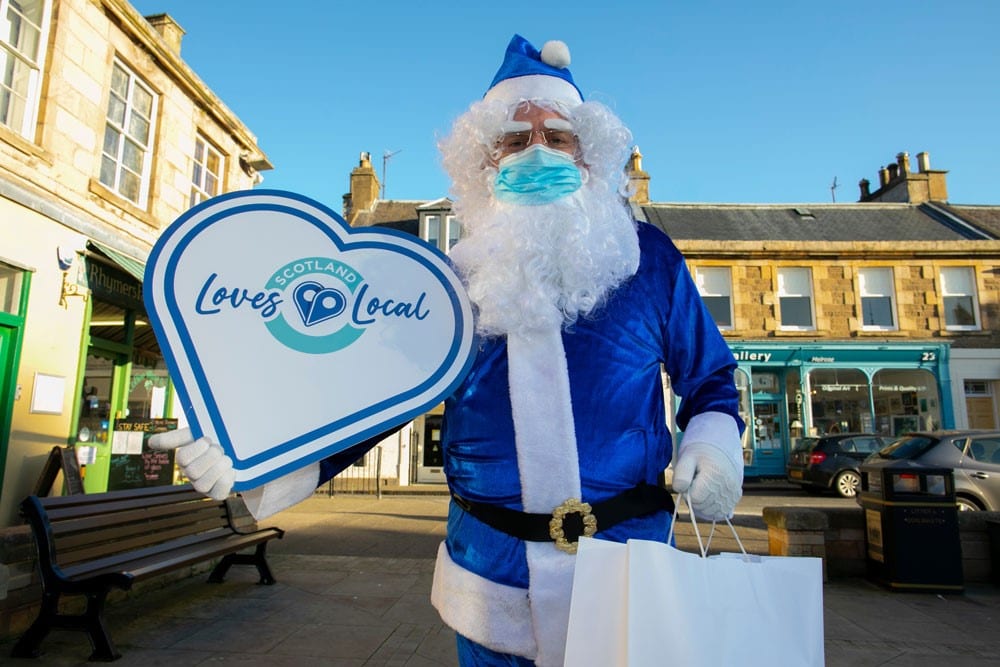 Support is strengthening for Scotland’s local businesses as Christmas shoppers are urged to back businesses close to home amid the reopening of huge numbers of shops today.

A town centres chief and Scottish Government minister have renewed calls for people to think local first and act responsibly when Covid-19 mitigation measures which saw the closure of non-essential shops in Glasgow and the west ease at 6am.

The appeal has been made as research for the Scotland Loves Local campaign shows growing levels of support for local businesses in the festive buying season.

Almost two-thirds (64%) of Scots surveyed in a poll commissioned by Scotland’s Towns Partnership (STP), the group leading the initiative, say they will always shop on their local high street when they can rather than going further afield. That’s up 4% from when the same question was asked in September.

Looking at Christmas, 60% of people agreed that it’s important that they do as much festive shopping as they can from their local high street – either in-store or online.

STP Chief Officer Phil Prentice said: “Today’s restriction change in what were Level 4 areas is undoubtedly a significant step – and the fact that it’s happening as support for local business grows ahead of Christmas is welcome.

“We’re supporting the Scottish Government in calling for everyone to shop safely, be sensible and not all rush back out to major shopping centres at once.

“The best Christmas present we can give our town centres is for people to shop as close to home as they can, supporting their local high street shops, whether in person or online.

“With the festive season vital for the survival of so many businesses, it’s never been more important to think local first.”

People are asked not to inundate small shops and think about how and when to shop to avoid overcrowding.

“This Christmas, I want to encourage people to think how they can safely support this. I want to appeal to all Christmas shoppers to make sure they stay safe, protect themselves and others by following the FACTS guidance, and ensure towns and shops are not overwhelmed so we are not spreading the virus.

“Covid-19 has meant everyone has experienced a difficult year. The only way we will get through is by sticking together, being kind, and offering help where it is needed, even more so over the Christmas time.”

The poll of more than 1,000 Scots confirmed opinion is hardening on the need for people to support local businesses to fuel the nation’s recovery from Covid-19. It also found:

Mr Prentice added: “If there’s a positive which can emerge from the coronavirus pandemic, it’s the greater appreciation of all that’s on our doorstep and an awakening to the fact that supporting local businesses is vital for Scotland’s future.”

The polling was carried out by the Diffley Partnership.

Mark Diffley, Founder and Director of the Diffley Partnership, said: “The goodwill to support local businesses is clear.

“So, at this vital time for the high street, there is clearly a strong sense of festive goodwill among the public to help.”

For more information about getting involved with the Scotland Loves Local campaign, go to www.lovelocal.scot.