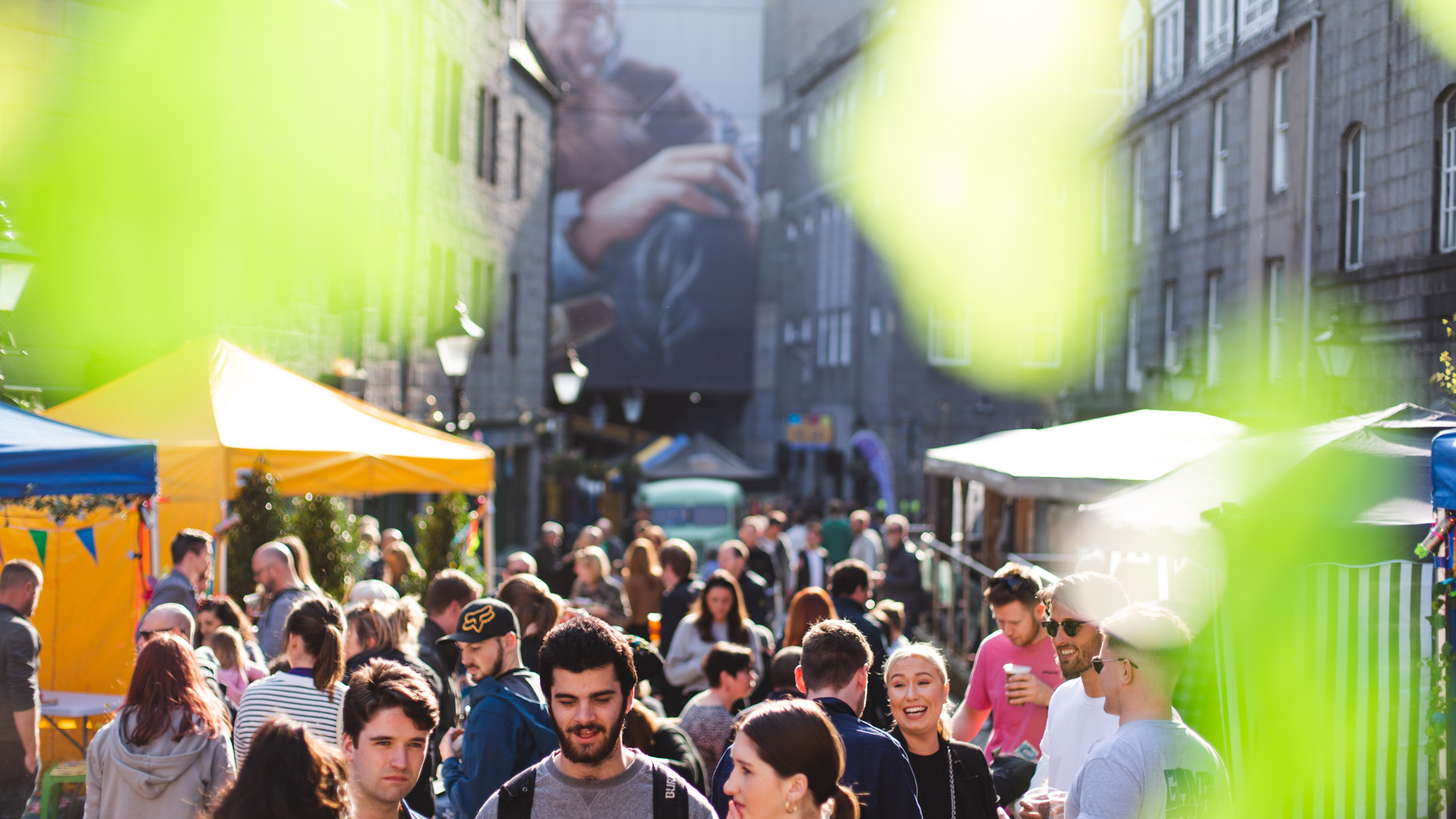 Aberdeen Inspired today announced that the city will play host to a range of exciting events and entertainment in celebration of Aberdeen’s much loved street art festival Nuart Aberdeen which returns to the city from June 9 to 12.

Free walking tours around the new art installations will kick off after the official launch ceremony and run at regular times on the Saturday and Sunday.

The programme of events also includes exclusive film screenings at the Belmont Cinema and a free conference which will explore the festival theme of Reconnect at the Cowdray Hall on Friday 10 and Saturday 11 June.

Hailing from Stavanger in Norway and brought to the city by the Business Improvement District, Aberdeen Inspired and Aberdeen City Council announced earlier this month that a total of 11 artists from across the world will descend on the city in early June with the goal of creating art that people will make a connection with on the city’s walls and spaces.

Commenting on the announcement of the festival programme, Adrian Watson, Chief Executive of Aberdeen Inspired said “What better place than Aberdeen city centre to act as the perfect stage for the events that will bolster our highly acclaimed street art festival, Nuart Aberdeen.

Everyone will find something to enjoy as part of the festival weekend and the programme of events, workshops, film screenings and tours simply act as a further draw to reconnect people with the city.

We know that the festival appeals to both locals and visitors who come from far and wide to marvel at the public art that is created.   The additional events simply give visitors from further afield even more reasons to travel to Aberdeen, join in the celebrations and be part of the triumphant return of the festival.

I can feel the excitement building in the city and encourage people to come out and enjoy all that is on offer.  The return of Nuart Aberdeen offers a huge boon to our city centre businesses and its value to the city should not be underestimated.

The festival conference programme will kick off with a screening of Martha A Picture Story which documents the life and rise of the exceptional American photojournalist whose photographs have appeared in National Geographic, Smithsonian and Natural History magazines as well as several dozen books and journals.

In 1984 Martha put together a book of photographs illustrating graffiti subculture titled Subway Art which has become known as the “Bible of Graffiti” selling millions of copies worldwide.

Commenting on the festival weekend, Director and Curator of Nuart Aberdeen, Martyn Reed said “What a privilege it will be to welcome Martha Copper to Aberdeen for the launch of the festival.  Born in the 1940’s she is a lady that I have great admiration for and one that has accomplished so much throughout her career.

“As a woman artist she broke new pictorial ground highlighting a grassroots art movement that was later embraced by mainstream culture, while remaining steadfast to be recognized as more than just a graffiti photographer.

“The film screening will be followed by an In Conversation session during which the audience can ask Martha questions about her life and work.

“The two day conference which then follows features contributions from some of the worlds’ leading street artists alongside academics, authors, researchers, curators, producers, writers and other cultural-sector professionals who are dedicated to exploring issues surrounding new forms of art and activity in public space.

“Our hope is that Nuart’s RECONNECT edition can help to dial down the background anxiety that had become part of our daily lives.”

Alongside Martha Cooper other speakers at the conference include a guest keynote from subcultural sociologist Dr Erik Hannerz (SE) and writer, photographer and curator Dr Lachlan MacDowall (AU) and independent academic and community artist Dr Stephen Pritchard (UK).  Taking place at the Cowdray Hall the conference talks and presentations are free and open to all members of the public to attend.

Inspired Nights will run all weekend and be located on Broad Street from 12 noon until 9pm on Friday 10 and Saturday 11 June and until 6pm on Sunday 12 June.   The popular walking tours will leave from Broad Street as part of this event on Saturday 11 June at 1.30pm, 2.30pm & 3.30pm and on Sunday 12 June at 2pm and 3pm.  The tours are free, open to all ages and tickets must be booked in advance.

The free Street Collage Workshop with Miss.Printed and Rhed Fawell takes place at NESCOL at 11am on Friday 10 and Saturday 11 June.  Festival artist Miss.Printed’s passion is ‘Locative Collage’. She makes small paper collages and leaves them behind in urban environments for others to reflect upon. This hands on 2 hour workshop will give participants the opportunity to create their own collage piece to place on the streets of Aberdeen.  Spaces on the workshop are limited and people interested in talking part should apply online.

The Chalk Don’t Chalk Workshop will operate between 11am and 3pm on Sunday 12 June in Marischal Square, outside Provost Skene House.  Chalk will be provided and people of all ages can drop in anytime during these hours to create their own chalk street art pieces on the ground beneath them, giving everyone ‘the freedom of the city’ to create their own street art.

The full Nuart Aberdeen festival weekend programme can be found online at www.aberdeeninspired.com