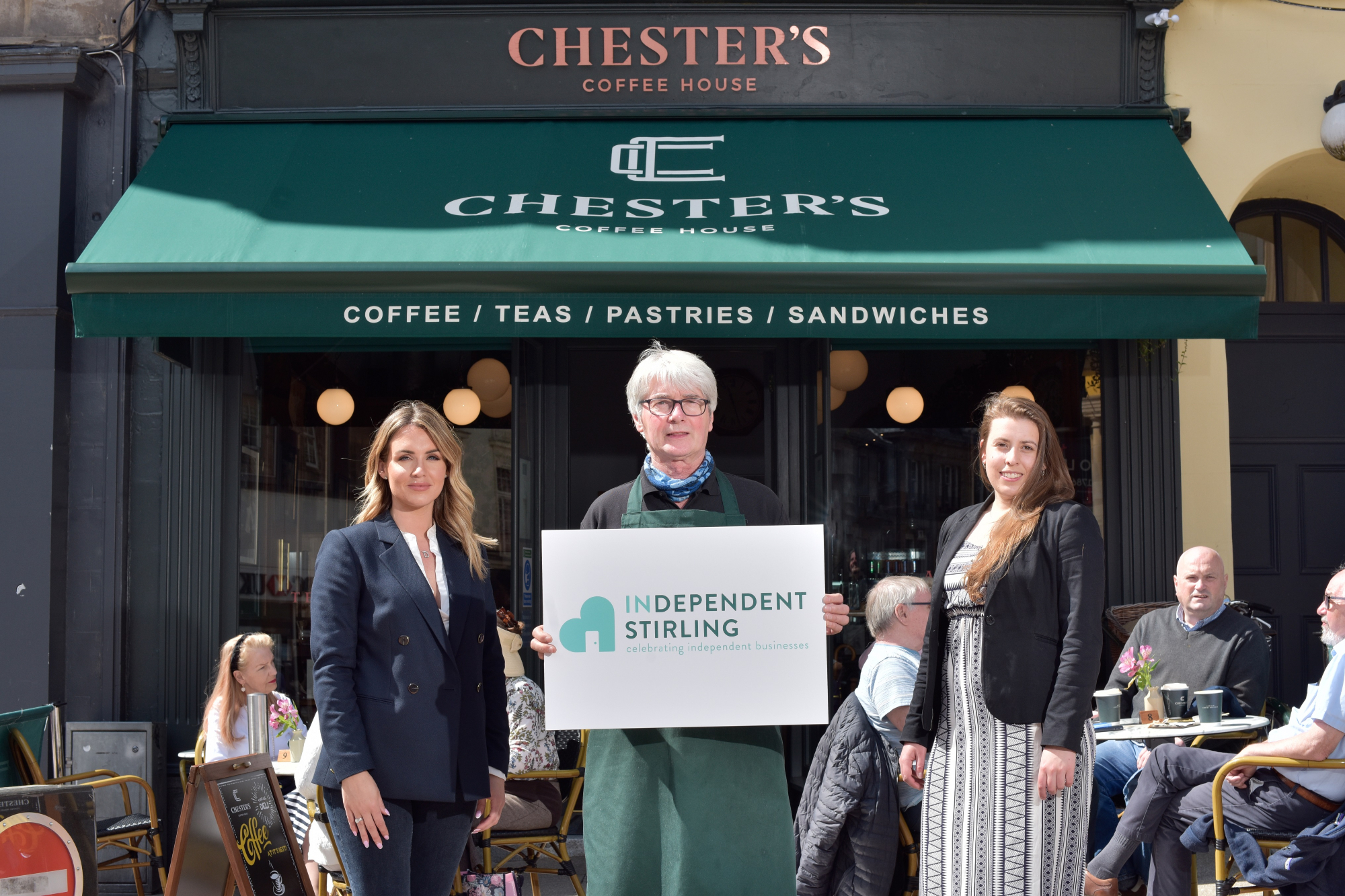 A campaign which celebrates Stirling’s independent shops and retailers has been launched by the city’s BID.

The Independent Stirling initiative highlights the city’s flourishing independent scene and promotes the stories and personalities behind these unique businesses.

The project, organised by the team at Go Forth Stirling Business Improvement District (BID), focuses on the contribution and individuality of Stirling’s entrepreneurs.

It includes a new website dedicated to featuring them – www.independentstirling.co.uk – and ‘I’m In’ stickers for business owners to display in their windows and highlight Stirling’s independent culture.

“We are lucky to have so many varied independent retailers in Stirling – shops, hairdressers, restaurants, hotels and attractions – and we felt it was time to celebrate them and launch a new brand focusing specifically on them.

“They are a fantastic asset to the city, which help bring in local shoppers and tourists, and we’re convinced it is the individuality and innovative spirit of local entrepreneurs that sets Stirling apart.

“We hope Independent Stirling will help people discover the best of our independent culture and inspire them to shop local by highlighting our diverse businesses and the stories and personalities behind them.”

The Independent Stirling website includes the stories behind many of the city’s businesses, including Book Nook, Café Pompeii and Escape Stirling, as well as an interactive map and a directory listing most of Stirling’s independent businesses.

Businesses can get involved by displaying the ‘I’m In’ sticker in their window so customers can easily see they are supporting an independent store.

The BID is also publishing tips and guides highlighting Stirling’s businesses, venues and events and issues a monthly newsletter featuring updates from the city’s business community.

Hilbert Krikken runs Chester’s Coffee House in King Street and is displaying the Independent Stirling stickers in his café.

He said: “I think this is a great idea and that we need to do as much as possible to support Stirling’s independent businesses.

“We’ve had great support from local people in keeping us going through the past year and it’s good to get this publicity and for people to learn more about our local businesses.”

He said: “I think it’s a perfect idea which will be good for customers, businesses and for Stirling … it’s good for everybody.

“I’ve been in Stirling for 11 years now and really seen it grow in that time with lots more independent restaurants and businesses starting up.

“It’s certainly changed for the better and the Independent Stirling project shows that and I support the idea 100%.”

Go Forth Stirling is also backing Independent Retailer Month which runs throughout July and highlights the important role smaller, independent retailers play in the communities they serve.

Ms McRorie-Smith added: “We’re looking forward to highlighting Independent Retailers Month which marks the contribution independent business owners make to their local economy and to the retail sector as a whole.

“We were keen to have the website up and running and the stickers ready to go in our independent shops in advance of this celebratory month to give our retailers an extra boost.”