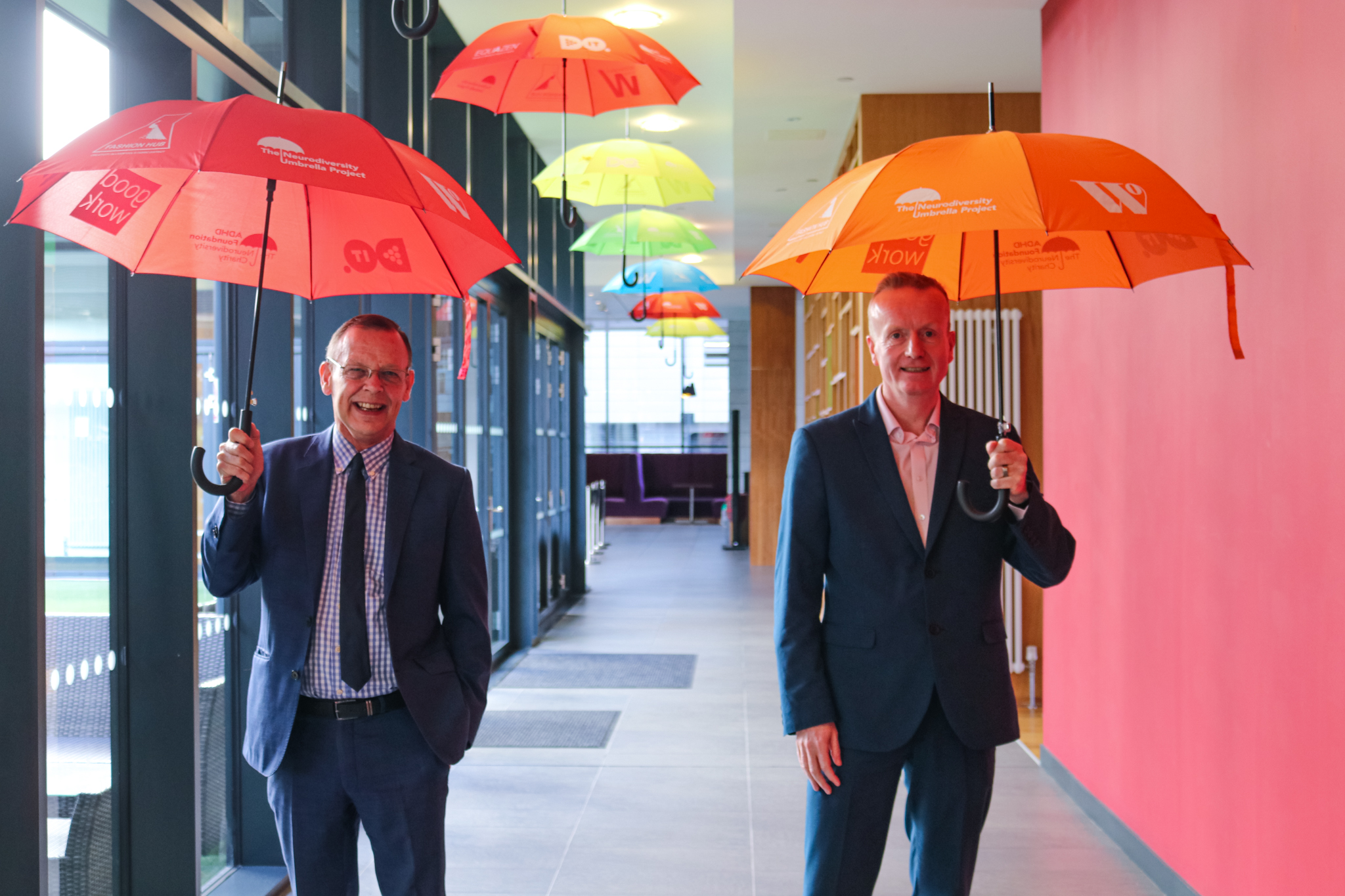 Canopies of colourful umbrellas are set to arrive in Aberdeen this summer as part of a new charity partnership.

City centre BID Aberdeen Inspired is working with the ADHD Foundation to create a colourful umbrella installation in the city centre, with streets including Langstane Place, Shiprow, Chapel Street and Belmont Street being considered as possible locations.

Featuring multi-coloured umbrellas suspended across city centre streets, the displays aim to raise awareness of and to celebrate the ‘umbrella’ term of neurodiversity, including ADHD, autism, dyslexia, dysgraphia and dyspraxia.

Glasgow and Edinburgh are among the other cities which have signed up to take part in the Umbrella Project, which will be coming to Scotland for the first time following huge success in other UK locations since 2017, including Heathrow Airport.

A host of other cities, including Cardiff, London and Brighton will also be hosting umbrellas this year.

Schools can get involved in creating their own mini umbrella displays, highlighting neurodiversity in children and young people in educational settings.

Aberdeen Inspired has been awarded a grant of £12,500 towards the project – roughly the cost of one installation – through the Scottish Government’s Scotland Loves Local Fund II, which aims to encourage people to think local first, and support businesses and enterprises in their community.

Additional costs will be covered by opportunities for local businesses to sponsor the main city centre installation or educational resources for local schools and companies are being urged to support the project and help to raise awareness of the ADHD Foundation and its work.

Adrian Watson, chief executive of Aberdeen Inspired, said: “We are proud to be working with this important charity to bring the Umbrella Project to Aberdeen this summer as part of its work to raise awareness of neurodiversity.

“The umbrella installations look fantastic and will brighten our city centre streets as well as conveying messages about ADHD and autism and raising awareness of the support that is available to individuals and families.

“There are exciting opportunities for businesses to get involved and support the project alongside outreach work in local schools and community groups and I am sure the umbrellas will draw people into the city centre to see them.”

With 1 in 5 humans being neurodivergent, 1 in 67 of us on the autistic spectrum, 1 in 20 with ADHD or dyspraxia and 1 in 10 with dyslexia, many people have a combination of these differences in how humans process and interact with their environment and the people around them.

The Umbrella Project celebrates the intelligence, ability and talent of every human being- including every neurodiverse individual, empowering and enabling the next generation of children and young people.

Dr Tony Lloyd, chief executive of the ADHD Foundation, said: “Through this Umbrella Project across the city of Aberdeen, we can celebrate all the strengths and abilities of neurodiverse people. 1 in 5 of us are neurodiverse – we must stop thinking of those with dyslexia, autism, ADHD, dyspraxia as somehow ‘less than’ or defining them by what they cannot do.

“That 19th-century concept of intelligence and ability has no place in the 21st-century – the major growth companies in the world who have actively recruited neurodiverse employees for over 20 years recognise the extraordinary creativity and ability of a neurodiverse workforce.

“We want everyone to see what global leading industries see – talent, potential, and creative genius,” Dr Lloyd added. “‘I can is more important than ‘IQ’. More than 13 million UK citizens are neurodiverse – it’s about time we ‘see them’ in the deserving positive light of neurodiversity.”

The Umbrella Project is set to launch in Aberdeen in June.

Aberdeen Inspired is the banner under which the Aberdeen BID (Business Improvement District) operates, a business-led initiative within the city centre in which levy payers within the BID zone contribute. Proceeds are used to fund projects designed to improve the business district.

For more information or to get involved with the Umbrella Project, visit www.aberdeeninspired.com